The Junior European Open, first staged in 1993 and now in its 30th year, is widely regarded as the toughest test in junior golf and is the most accessible and keenly contested junior golf tournament in Europe.

We take great pride in the fact that this event is an ‘open’ championship which means, as long as you meet the age eligibility, you can participate regardless of your golf ability.

The tournament has an enviable pedigree.

In 1995 at Valderrama, multiple Tour winner and Sky Sports presenter Nick Dougherty was among the Finalists, also finishing third. That same year, the Spanish junior team led by 15 year old Sergio Garcia took on the UK finalists in a Ryder Cup style match.

But not all future stars make the grade at an early age. In 2003, the 2016 US Masters Champion Danny Willett competed in a JEO Regional Final but failed to qualify for the Champions Week Finals!

The search now continues for the next generation of Roses, Halls, Donalds, Doughertys and Willetts ….. 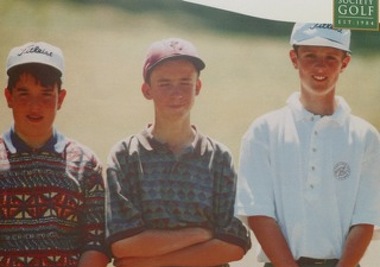